Why do women develop Alzheimer’s more than men?

What can women do to beat the odds?

Here’s a sneak peek into the Women & Alzheimers’s chapter of the Brain Longevity Therapy Training.

A look at the numbers, and it’s painfully clear: The odds are stacked against women when it comes to the risk of Alzheimer’s disease (AD). Almost two-thirds of Americans living with AD are women. In her 60s, a woman’s lifetime risk for developing Alzheimer’s is one in six– that’s higher than for breast cancer, which is one in 11 (a man’s risk for AD is also one in 11). What’s more, the majority of dementia caregivers, over 60 percent, are women, giving them an extra mental burden to carry.

For years, the issue of women developing AD in disproportionate numbers to men was simply chalked up to the fact that they tend to live longer– four to five years, on average– and that age is the number-one risk factor for the disease. But today, science offers several additional, more concrete, hypotheses ranging from genetics to stress to hormones. We claim that all of these factors have to do with what we call the Pink Brain™,  a color designated primarily for the female gender as well as health itself (a pink gut, for example, is a happy, healthy one).

There are several factors that make women more susceptible. Two being stress and hormones. On top of that, women comprise around 60 percent of Alzheimer’s care partners; a third of women caregivers care for a person with AD 24/7; nearly 40 percent of female caregivers say they had no choice about taking on the role (and this lack of control is a huge stressor); and nearly half of all female caregivers report high physical and emotional stress, due to the round-the-clock schedule.

Although we don’t go into all the scientific detail here, we are fortunate that there are many manageable lifestyle changes available to keep the mind sharp as outlined in the 4 Pillars of Alzheimer’s Prevention. These include diet and supplements, stress management, physical and mental exercise as well as spiritual fitness.

Want to know more about why women are at greater risk? Or how women can overcome the odds stacked against them and live their lives to the fullest? If this snippet has piqued your curiosity, please read more about ARPF’s Brain Longevity Therapy Training. You’ll receive an in-depth breakdown of the science behind why women suffer from AD the most and the specific actions they can take to keep their brain health at it’s highest capacity. 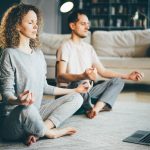 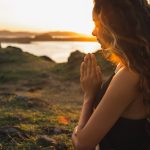