Why Sleep is Your Friend in Prevention

By Alzheimer's Research and Prevention Foundation
Posted September 3, 2020
In General
Why Sleep is Your Friend in Prevention2020-09-032020-08-31https://alzheimersprevention.org/wp-content/uploads/2019/02/arpf_2c_horiz.jpgAlzheimer's Research & Prevention Foundationhttps://alzheimersprevention.org/wp-content/uploads/2020/08/sleep-tips-2-scaled.jpg200px200px
0
0

Leading medical journal, The Lancet, has recently published more research on the importance of sleep. Not only is getting adequate sleep necessary to perform daily tasks, but it also helps prevent dementia and promotes brain function. Of course, there is a balance at play… most people get too little sleep, but too much sleep can also have adverse effects on brain health.

Furthermore, as supported by your ARPF, researchers found no evidence that sleep medications slow down dementia and instead can cause considerable harm– i.e. earlier death, increased hospitalization, and falls. The testing of non-pharmacological interventions is ongoing.

Getting a good night’s rest is an important aspect of healthy living for a number of reasons. ARPF has dedicated a chapter of our new online program that specifically tackles the issue of sleep deprivation. The Brain Longevity Therapy Training teaches students the best sleep practices to help prevent the build-up of Aβ-amyloid (Aβ) deposition and inflammation, along with explaining the role sleep plays in brain health.

Here’s a sneak peek of the BLTT sleep chapter:

Researchers found that adult mice who went without sleep for several days had significant levels of oxidative stress, a breakdown of mitochondrial homeostasis, and a loss of locus coeruleus neurons. Loss of locus coeruleus neurons has been shown to advance cognitive decline in animal models of AD. Therefore, sleep disturbance and chronic sleep loss may have lasting significant effects on brain longevity. Current research collectively supports that chronic sleep loss may speed the onset of certain symptoms of age-related neurodegenerative processes.

For more information on how to overcome sleep disturbances and recharge your brain without the use of harmful prescriptions, visit our BLTT training page. 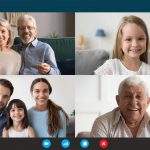 The Lancet and Spiritual FitnessGeneral 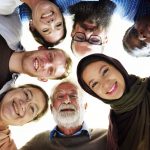