The Yoga Rx for Dementia, Alzheimer’s, and Memory Loss

As we age, we continue to form neural connections, but the brain’s processing speed slows down, causing those “senior moments”—such as when you walk into a room and forget why you’re there or can’t recall someone’s name. But something more severe happens in the minds of people with Alzheimer’s. Normal processes go haywire and eventually an overabundance of a peptide called beta-amyloid is produced, damaging healthy synapses and creating holes in the brain—literally and figuratively. The loss of memory, decision-making skills, and speech ensues.

For more than a decade, Helen Lavretsky, psychiatry professor and researcher at the University of California, Los Angeles, has managed some of the longest-running studies of mind-body interventions for depression and cognitive decline in older adults. Day after day, a constant stream of people pour into her office. They are scared. They feel paralyzed and unable to cope as their loved ones slip away—or worse, they face forgetfulness themselves, regularly losing track of where they’ve parked or having to read words a dozen times over to comprehend them. Over the course of her career as a geriatric psychiatrist, Lavretsky has worked with hundreds of dementia patients and their caregivers who are stressed and depressed. In 2008, she started studying how meditation, yoga, and other gentle-movement practices, such as tai chi and qi gong, affect both mood and memory.

“We’ve found that these movement practices help improve mood, resilience, and cognition; reduce inflammation; and positively affect brain health,” she says. In a 2016 study published in the Journal of Alzheimer’s Disease, Lavrestky and her colleagues found that participants (adults older than 55 and with mild cognitive impairment—a risk factor for dementia and Alzheimer’s) who practiced yoga over a 12-week period experienced improvements in mood and in visual and verbal memory for up to six months. Through brain scans, she was able to identify increased neural connectivity in the default mode networks (DMNs) of their brains—where complex decisions are made; awareness, focus, and empathy emerge; and memories are stored. Lavretsky says these changes occur when we practice unfamiliar movements. When we learn new skills, we create new neural pathways, improving neuroplasticity, or the brain’s ability to rebuild, she says.

Our brilliantly complex brains are made up of billions of neurons that form trillions of connections with one another. These connections create electric and chemical networks that shape our experiences and help us learn and evolve. If we stop doing things that build and strengthen these connections, our brains will atrophy and lose plasticity, and we’ll start losing memories and our ability to function in the world. “Creating new neural pathways is a way of recovering and improving cognitive capacity, including processing speed and memory, that may decline with aging or brain diseases like Alzheimer’s or Parkinson’s,” Lavretsky says. Furthermore, spiritual practices, such as meditation, also improve the ability for self-regulation during stress, meaning your mind and body learn to not react immediately to stressors. Instead, you can take a breath, get centered, and respond in a healthier way. Meditative practices may also change neural activity and connectivity in the DMN.

The article also reflects ARPF’s stance on lifestyle-based intervention via the 4 Pillars of Prevention®:

Bredesen and other experts say there are four key areas that you should optimize now, so that you can stay sharp as you age and stave off more serious cognitive impairment later in life: sleep, stress levels, exercise (physical and mental), and diet. And yogic practices can help in almost all of those areas. Here, your four-part plan for maximum brain health.

Running and tennis are great, but asana can do the trick, too. Lavretsky’s yoga studies have shown that a 60-minute Kundalini Yoga class once a week, involving movement, chanting, and meditation, accompanied by a daily practice of a 12-minute Kirtan Kriya meditation, can improve connectivity in the default mode network of the brain.

Why Kundalini? Well, Lavretsky is a longtime teacher of the practice, and it’s easier to perform than hatha or vinyasa, she says, because it can be done mostly from a seated position. Sixty-five-year-old Sylvia Mendoza, one of Lavretsky’s subjects, started the Kundalini Yoga protocol feeling as if she couldn’t organize her thoughts like she used to. She had been diagnosed with mild cognitive impairment and was scared to speak in front of people, fearing she wouldn’t be able to recall words or might lose her train of thought. After practicing Kundalini for 12 weeks, she says she felt more like herself. “I went from having marbles in my head to being able to organize my thoughts into files: I regained perspective,” she says. Four months after participating in Lavretsky’s study, she still practices Kundalini Yoga almost every day. “I’ll continue for the rest of my life,” she says. “Yoga has given me confidence and peace.”

Mind-body practices that combine meditation and movement may be the most beneficial, says Lavretsky. In a 2016 study published in Current Behavioral Neuroscience Reports, Lavretsky and her fellow researchers reported that both mindfulness-based meditative practices that focus on present-moment awareness, like vipassana and Zen, and meditative movements, such as yoga, can help improve attention and memory. The difference is that yoga practices recruit parts of the brain that are involved in speech, motor function, and the ability to make complex decisions.

Optimizing your diet is another important defense in the fight against dementia. Bredesen recommends keto-like meals that are plant-rich, high in healthy fats, and low in carbs and sugar. Think colorful, high-fiber, and detoxifying veggies, such as red cabbage and kale; low-glycemic index fruits like berries; and fats from nuts, seeds, and olive and medium-chain triglyceride (MCT) oils. And he encourages 12- to 16-hour fasts between dinner and breakfast the next day. The goal is to stabilize resting insulin levels and reduce inflammation (remember, high levels are risk factors for Alzheimer’s).

Dialing in your diet is critical, but there are all sorts of supplements marketed for brain health, too. It is generally suggested to take activated B vitamins, omega-3 fatty acids, magnesium threonate, and antioxidants such as coenzyme Q10 (CoQ10), along with a few herbal products that have been backed by science for memory and cognition improvement, such as ginkgo, vinpocetine, and huperzine A. He also recommends taking phosphatidylserine (PS), which plays a role in creating nerve-cell membranes.

There’s also L-serine, a trending supplement used for protection against cognitive decline. A naturally-occurring amino acid, the substance has shown promise for reducing inflammation and potentially helping those exposed to the neurotoxin L-BMAA, which can happen from eating contaminated seafood. 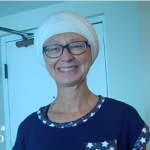 How We Are Staying SafeGeneral 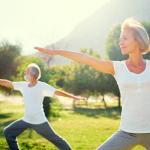 Update About COVID-19 & Your ARPFGeneral