The Link between Hormones & Alzheimer’s

Dr. Mosconi is the Director of the Women’s Brain Initiative and Associate Director of the Alzheimer’s Prevention Clinic at Weill Cornell Medical College (WCMC)/NewYork-Presbyterian Hospital. In a recent article, Dr. Mosconi shared her latest breakthrough as to why women are more at-risk for developing AD than men. The short answer? Hormones.

She explained, “We tend to associate AD with the elderly because that’s when the clinical symptoms become manifest, but in reality, Alzheimer’s begins with negative changes in the brain at least a decade prior. Most often than not, in middle age. Middle age is considered to be 40 to 60 years old.”

An important detail Dr. Mosconi discovered is that women’s brains age differently than men’s brains. What happens to women in their 40s-60s and not men? Something that could trigger an Alzheimer’s predisposition, or potentially initiate Alzheimer’s?

“If you’re a premenopausal woman, your brain is broadly the same as a man’s the same age. If you’re perimenopausal, we find a dip in brain energy levels, which is really brain glucose metabolism, the way the brain burns glucose to make energy. In some cases, it’s up to 20% worse for women, and that gets even worse once they transition to menopause. Every woman knows that as you reach menopause, your hair goes dry, your skin goes dry, that’s aging. Nobody ever thought that the same thing would happen in the brain,” Dr. Mosconi explained.

Over the next three years, 850 million women are about to enter menopause. So what can we do about it? Your ARPF has a scientifically proven method to combat cognitive decline and dementia. Learn more here.

Dr. Lisa Mosconi is a world-renowned clinical neuroscientist and neuro-nutritionist with over 15 years of experience in the early detection and risk assessment of Alzheimer’s, she brings a unique and authoritative perspective to this nascent field. 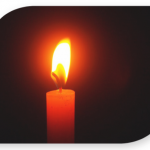 Honoring Your Loved Ones with a Timeless LegacyGeneral 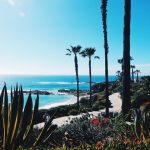