Several factors are involved in the development of cognitive decline– including but not limited to lifestyle, genetics, family / medical history, education, and environment. Memory loss, therefore, comes in many different shapes and sizes. Understanding the ways dementia develops is a crucial step in identifying and treating the disease.

Nature Medicine recently published research on the ways memory loss develops in four subtypes of the brain. Just like there is no magic bullet drug, there is no one way that dementia corrodes the brain. This leads to having different symptoms and different treatments to regain and restore brain function. Entitled “Four distinct trajectories of tau deposition identified in Alzheimer’s disease”, this highly educational study gives light to some of the ways memory loss “strikes.”

Researchers at Lund University have identified four distinct subtypes of Alzheimer’s disease. The findings could lead to more individualized treatments for those with a neurodegenerative disorder. Results suggest that variation in tau pathology is common and systematic, perhaps giving grounds for a re-examination of the typical Alzheimer’s diagnosis.

Oskar Hansson, professor of neurology at Lund University, who supervised the study explained, “We identified four clear patterns of tau pathology that became distinct over time. The prevalence of the subgroups varied between 18 and 30 percent, which means that all these variants of Alzheimer’s are actually quite common and no single one dominates as we previously thought.” 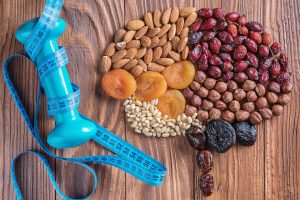 Over the last three decades, many researchers have described the development of tau pathology in Alzheimer’s using a single model, despite recurring cases that do not fit said model. Their findings explain why different patients may develop different symptoms. “Because different regions of the brain are affected differently in the four subtypes of Alzheimer’s, patients develop different symptoms and also prognoses. This knowledge is important for doctors who assess patients with Alzheimer’s, and it also makes us wonder whether the four subtypes might respond differently to different treatments,” Hansson added.

The subtypes were categorized as the following:

* Variant one: tau spreads mainly within the temporal lobe and primarily affects memory. Variant one occurred in 33 percent of all cases.

* Variant two: In contrast to variant one, this variant spreads in the rest of the cerebral cor-tex. The individual has fewer memory problems than in the first variant, but on the other hand has greater difficulties with executive functions, that is, the ability to plan and perform an action. Variant two occurred in 18 percent of all cases.

* Variant three: The accumulation of tau takes place in the visual cortex, i.e. in the part of the cerebrum where information from the optic nerve is processed and classified. The visuospatial processing of sensory impressions in the brain is affected in individuals with this pattern. They have difficulty orienting themselves, distinguishing shapes and contours, distance, movement, and the location of objects in relation to other objects. Variant three occurred in 30 percent of all cases.

Their conclusion? Researchers believe that this new knowledge can give patients more individualized treatment plans in the future– something similar to what your ARPF has been advocating for decades.

ARPF has been funding innovative research on lifestyle methods to prevent memory loss and Alzheimer’s disease for almost thirty years. Tau is only one of the causes of cognitive impairment and following a lifestyle approach has shown huge success in preventing / reversing memory loss better than any drug. Prevention is the most effective way to avoid cognitive decline and maintain optimal brain health. Although people are still optimistic to find a magic bullet drug, the reality of AD is not slowing its progression.

The good news is that decades worth of prevention research has already proven that memory loss can be avoided or reversed by making changes to your lifestyle. In fact, ARPF has designed an online program that teaches you how to achieve optimal brain health right from your home. Whether you’d like to prevent Alzheimer’s, boost your brain health, or offer our techniques to your clients or family, the Brain Longevity Therapy Training will benefit you and your loved ones tremendously. 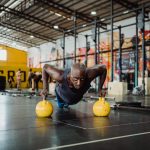 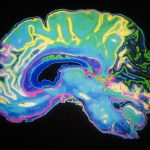