It is a common misconception that as we age, our sexuality and vigor diminishes. Although we may not be as energetic, remaining sexually active has a plethora of benefits throughout life.

First and foremost, sex is an enjoyable activity. Things that bring you pleasure and comfort should be celebrated, not lost over the years. As Provost Professor and Senior Scientist at the Kinsey Institute William L. Yarber, HSD explained, “The nature of sexual expression in late later life reflects the interplay of body, mind, and social context.” Beyond intercourse, sexual satisfaction can be derived from cuddling, caressing, and tenderness.

Having sex boosts moods, and as revealed in studies, increased cognition among those who were sexually active. So what’s not to love? As Prof. Yarber said, “We can avert many potential problems by adjusting our expectations and making changes to accommodate the aging process, such as broadening our repertoire to include more diverse forms of stimulation.”

For more information about Prof. Yarber and his research on ways to boost brain health through maintaining sexuality throughout aging, click here.

From Our Hearts to YoursGeneral 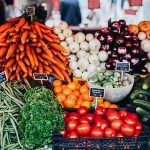