With the rapid increase of the aging population worldwide, over 50 million people were living with dementia globally in 2019 and the number is said to increase to 152 million by 2050. The total cost for dementia was about 1 trillion US dollars in 2019 and it will be doubled by 2030. Preventing or delaying the onset of Alzheimer’s disease (AD) is a priority as there is no effective treatment.

However, mounting evidence shows that dietary patterns and nutrition (the 1st Pillar of Alzheimer’s Prevention) are implicated in the pathogenesis of AD. Therefore, a healthy diet and the balance of nutrients including vitamins are key factors in AD prevention. Increasing evidence suggests that folate, an essential vitamin, plays an important role in AD development. Folate is an important nutrient and key to maintaining optimal health at all phases of life.

Folate, or Vitamin B9, is naturally found in food. A new study published in Frontiers in Neuroscience—a systematic review and meta-analysis of the association between folate and Alzheimer’s disease—found that the vitamin plays an important role in the development of Alzheimer’s disease. This is critical because Alzheimer’s is the most common type of neurodegenerative disease leading to dementia in the elderly.

Around 60 publications were included in the review, each of which had a sample size ranging from 24 to 965, to comprehensively evaluate the associations between Alzheimer’s and folate levels. The results showed that the folate levels of Alzheimer’s patients were lower compared with that of the healthy controls. Therefore, researchers concluded it’s likely that a folate deficiency increases the risk for Alzheimer’s. Suggesting that a sufficient daily intake of folate could reduce the risk of Alzheimer’s.

Folate is needed to make DNA and other genetic material and is key for helping cells divide. It also helps a baby’s brain, skull, and spinal cord develop properly, which is why folate is so closely associated with prenatal health. On the other hand, folic acid is the synthetic version found in supplements and fortified foods. It’s important to note that folate is not made by the body, which makes it an essential nutrient that we must get from outside sources. 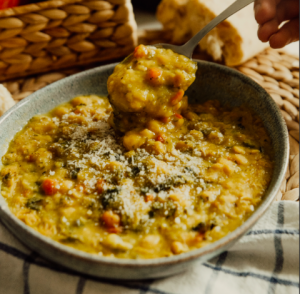 So which foods are the richest in folate? Well + Good reveals the following:

One-half cup cooked edamame has 241 mcg folate, or 60 percent of the daily requirement. It makes a delicious snack or appetizer that provides a prolonged energy boost thanks to the combination of fiber and protein, which help to keep blood sugar stable. You can toss edamame beans on salads, too.

One-half cup of cooked lentils has 179 mcg of folate—almost half of the daily requirement. Lentils are a great source of protein and fiber and are a super satisfying source of plant protein. They’re wonderful to add to the diet as their fiber helps to keep you regular and improve gut health. They’re also a great source of iron, which is particularly good for vegetarians who often struggle to get enough. They make a great substitution for meat in tacos, salads, and soups.

One-half cup asparagus has 164 mcg or 40 percent of the daily requirement. It’s also rich in fiber, and is a great source of anthocyanins—these antioxidants help protect the body from the damage caused by free radicals, which can lead to chronic disease. Another fun reason to add it to the diet: asparagus contains the amino acid asparagine, which acts as a natural diuretic, helping to flush excess fluid and salt from your body.

A half-cup of steamed spinach provides 131 mcg of folate, which is around one-third of the daily 400 mcg requirement. It promotes immune and skin health since it’s rich in vitamin C. Spinach is also great for vegetarians and vegans since it’s a rich source of iron and calcium, two nutrients that most people associate with animal products.

One half-cup serving of black beans contains 128 mcg of folate, roughly a third of the daily requirement. Add beans to your salad, make bean soup, chili, burrito, bean salsa, or a casserole and you’ll also get a hefty dose of fiber, antioxidants, plus protein. 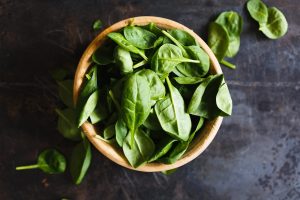 Want to know more about the science behind nutrition and brain health? We’ve developed a whole online course to bring you the latest and greatest in AD prevention. Check out ARPF’s Brain Longevity Therapy Training for a life-changing program anyone can take advantage of. Your brain depends on it. 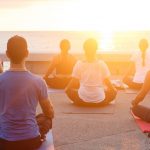