Music and Meditation May Improve Memory

There is yet another publication on the science behind Kirtan Kriya (KK) meditation and improved cognition. As reported by Appalachia News Health:

“An epidemiology professor at West Virginia University School of Public Health is studying the potential benefits of simple meditation or music listening for improving memory and cognitive functioning in adults exhibiting warning signs for Alzheimer’s.

Warnings sign for Alzheimer’s can include losing one’s train of thought, forgetting the content of a movie soon after the credits roll and feeling overwhelmed when making plans or coordinating events.

Yet there are no approved therapies for subjective cognitive decline, and effective treatments to delay, halt or reverse Alzheimer’s disease and related dementias remain elusive.

Patients in the six-month WVU study either meditated for 12 minutes a day or listened to instrumental selections by classical composers.

Researchers assessed participant memory and cognitive performance, as well as mood, stress, sleep and quality of life at three points: when the study began, halfway through and at the end of the six months. At three months, participants in both groups showed significant improvement in all measures of memory and cognitive performance. These gains were sustained—or, in some cases, even increased—six months out.

Epidemiologist Kim Inns said the findings suggest simple mind-body practices may be helpful with those who have concerns about their memory.”

Practicing a simple 12-minute KK meditation each day can reserve damage to telomeres and extend brain longevity. It is an easy, cost-effective, yogic meditation technique which has been successfully employed to improve memory in studies of people with subjective cognitive decline, mild cognitive impairment, and highly stressed caregivers, all of whom are at increased risk for subsequent development of AD. 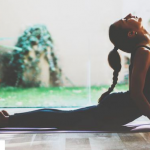