Leading Theory of Alzheimer’s is Wrong! Professor Reveals Real Cause:

Perhaps you’re aware that big-pharma and conventional medicine, together with governmental agencies, have spent hundreds of millions of dollars pursuing an Alzheimer’s hypothesis called the “amyloid theory.” This theory says that because amyloid is found in the brains of Alzheimer’s victims, it must be the cause of the disease. So, in order to cure AD, scientists have spent countless hours and resources developing drugs to remove amyloid. But, they’ve done so despite not having demonstrable proof that their hypothesis is right.

In fact, there is plenty of scientific evidence to the contrary. And anti-amyloid drugs such as solanezumab, from manufacturer Lilly, and bapineuzumab, from Pfizer and Johnson & Johnson, have consistently failed to deliver on their promise to cure AD. Yet, Western medicine has stayed on this track, choosing to remain optimistic in the face of one drug letdown after another.

Now, another of such drugs has come up short. Drug giant Merck just pulled the plug on their closely watched trial for the medication verubecestat, because the drug was judged to have “virtually no chance” of benefiting people with the disease.

The steady stream of disappointing results and stopped trials makes it all the more upsetting to hear that these scientists vow to continue searching for the silver anti-amyloid bullet.

I’m not the only one feeling frustrated. One leading neurologist recently told Bloomberg News, “There is mounting evidence that removing amyloid is closing the barn door after the cows have left.” In other words, it seems like amyloid is not the cause of AD, and the amyloid theory doesn’t hold water.

It’s time for a new hypothesis and a different approach, and time for these researchers to stand up to drug companies looking to cash in on the Alzheimer’s epidemic—to say, No more. It’s time they join us at the Alzheimer’s Research & Prevention Foundation (ARFP) in our pioneering research into lifestyle, as both the cause of and in some cases the cure for AD.

Since our inception in 1993, the ARPF has tirelessly championed an integrative lifestyle approach to preventing Alzheimer’s. In the beginning, we were attacked and ridiculed for our advanced thinking. It was painful, but we soldiered on in spite of the odds.

Gradually, our research and that of many others has confirmed that our “lifestyle hypothesis” is correct—and the results have become largely accepted. The FINGER study from Finland and Sweden, of which we are a generous sponsor, and the MAPTS study from France, both revealed that an integrative wellness program is the only proven way to keep AD at bay.

Moreover, our Chief Science Officer, George Perry, PhD—Dean of the College of Sciences at University of Texas, San Antonio, and editor-in-chief of the prestigious Journal of Alzheimer’s Disease—believes that, within the lifestyle hypothesis, oxidative stress is a particular root cause of AD.

Oxidative stress wears out the body. Think of it as loss of energy, as genetic dysfunction, as signal derangement. It happens with aging from living a life not focused on making reasonable life-style choices.

Leading a brain-healthy lifestyle, the ARPF’s “medication” called The 4 Pillars of Alzheimer’s Prevention, has proven to be highly effective for building a sharp mind and reducing the risk factors for developing AD in the first place.

The ARPF’s 4 Pillars of Alzheimer’s Prevention

This is the way to stop the Alzheimer’s epidemic, not side-effect-laden, expensive, and ineffective drugs. And this is the scientific path conventional medicine should pursue.

I urge to you to band together with your ARPF and spread the word. 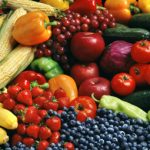 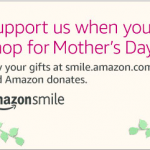