Is the New Alzheimer’s Drug for Real?

For the first time in over 20 years, the U.S. FDA recently approved a new drug, aducanumab, for Alzheimer’s disease, which afflicts an estimated 6 million Americans. We at the Alzheimer’s Research and Prevention Foundation (ARPF) applaud research in all levels of implementation that seek medically effective remedies for this terrible illness. Indeed, patients, their families, caregivers and the medical profession are in dire need of good news so that our communities may be spared from further devastation by Alzheimer’s.

Manufactured by Biogen, aducanumab is an infusion with a $56,000 annual price tag that’s administered intravenously once a month. Marketed under the brand name Aduhelm, the drug’s goal is to reverse memory loss and slow progression towards dementia in patients already experiencing mild cognitive impairment. As a physician and the president and medical director of ARPF, what is concerning me, along with many other healthcare providers, is that aducanumab’s benefit to memory function is still largely unproven. Also of great concern: additional costs associated with administering and monitoring this drug will make aducanumab treatment cost far more than its cost. The necessary equipment and complicated procedures involved with administering aducanumab will further inflate its cost.

The fact is, using this drug will necessitate new training for medical staff and expensive equipment that’s rarely been part of traditional Alzheimer’s care. Since aducanumab was approved, various medical experts have noted that few developed nations are prepared to administer this drug. (An Alzheimer’s Research UK’s May 2021 poll of psychiatrists found that only one third of physicians believed that they would have the capabilities to administer aducanumab within one year. The rest estimated that it would take up to five years to be ready to administer it.) 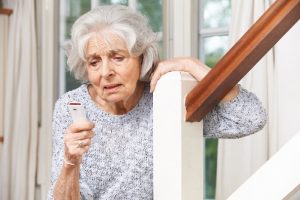 I was trained to be concerned first and foremost with the patient. In order to be eligible for aducanumab, a patient must have certain levels of amyloid Singular in the brain, established through either a positron emission tomography (PET) scan or the more invasive, but less expensive, lumbar tap, which extracts fluid from the spinal canal. Patients then must undergo intravenous infusion once every four weeks with aducanumab and get regular MRI scans to monitor for potentially dangerous side effects such as brain swelling and bleeding.

The FDA gave the green light to aducanumab under its accelerated approval program, which allows certain drugs for serious or life-threatening illnesses to be used, even if additional research is necessary. It did so, however, with the demand that Biogen conduct a new trial. If forthcoming research fails to prove the drug’s effectiveness, the FDA could still pull the drug off the market. While we welcome any and all effective treatments for a disease that inflicts severe emotional, financial and societal costs, we urge all those concerned to proceed carefully with aducanumab.

We greatly look forward to reading the results of Biogen’s trial in the fullness of time. Today, however, we want to remind people that preventing Alzheimer’s by reducing the exposure to its risk factors is absolutely possible and endorsed by many authorities. ARPF’s peer-reviewed and published medical research, conducted at such institutions as UCLA Medical School, the University of Pennsylvania Center for Spirituality and the Mind, Thomas Jefferson Medical College and West Virginia University, have yielded many significant findings. These results suggest that an effective way to prevent Alzheimer’s, or even slow its progression, is by harnessing the power of a healthy lifestyle following an integrative medical approach.

By understanding the key elements of prevention, people can better protect and care for themselves and their families. Just like the rest of the body, the brain needs proper nutrition, blood flow, energy, and care. As reported in Finland’s authoritative FINGER study, diets such as The Mediterranean Diet and Mind Diet have been proven to help prevent and treat memory loss. Then there are medically proven stress management strategies such as Kirtan Kriya memory meditation, plus evidence-based physical and mental exercises to help support cognitive health. Finally, our research findings indicate that developing consciousness through Spiritual Fitness may also prevent Alzheimer’s disease. In short, there is much evidence to support that some people may slow cognitive decline, and perhaps elude Alzheimer’s altogether, by incorporating the above-cited evidence-based strategies into their daily lives.

The human family needs a safe and effective cure for the devastation of Alzheimer’s disease. While we await results of Biogen’s second aducanumab trial, let’s each consider how we can become the captains of our cognitive fate. Let’s support ourselves, people at risk, caregivers and others to begin living evidence-based, Brain Longevity® lifestyles to guard against cognitive decline. 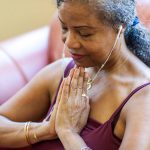 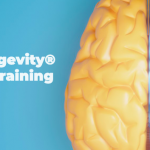