The Annual Silver Fox Classic Golf Outing returned this past June. One hundred and sixteen golfers came to play in honor of Ron S., who passed from Alzheimer’s in 2017.

116 golfers get ready for the day.

ARPF is humbled to be the beneficiary of the fundraiser put on by Ron’s son, Todd. “We wanted to honor my father’s legacy and raise money for Alzheimer’s awareness and prevention. The tournament was a huge success with many golfers and supporters joining the fun. The best part was seeing the genuine happiness and gratefulness on the faces of so many who thanked me for our efforts. The feedback was overwhelmingly positive and so many hoped we will continue the event next year. In addition, it gives me comfort knowing that so many chose to take a day simply to remember Ron. Many mentioned how much they missed him and spoke to the quality of a Man that he was. It is a day that his memory and legacy are lifted up for his friends and family to remember. And finally, I think I speak for all who participated… it feels good to assist in the Alzheimer’s Research and Prevention Foundation’s continued efforts to prevent and combat these challenging disorders,” Todd said. 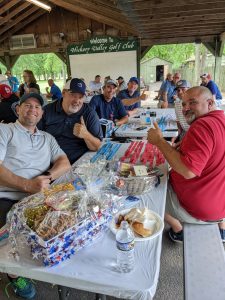 Doug H., Brain Longevity Specialist, attended the event on behalf of ARPF. “It was a beautiful Saturday to play golf with such compassionate people. I provided brochures and information on brain health and prevention which was well received. I spoke to one of the organizers, George, who said he felt that prevention funding was critical to their quest for relief from the impact of this disease. It was a heartfelt and uplifting event that really showcased the power of community.”

Ron was a big name in his small town, and at the very least, many people joined just to remember him. Todd explained that only in hindsight did he recognize the beginning of his father’s decline. “There were small moments that at the time you just shake your head, like what are you doing, dad? Five years later you remember those moments where you start putting the pieces together, and they become more prevalent and consistent and then other challenges come up.”

Todd’s advice to anyone who struggles with their memory is to speak up.

“If you notice things are happening, it’s important to find out more. You need to speak up and see somebody because in our case, we could have dealt with it a little bit differently or even down the road have treated it differently. If my father would have spoken out about how he was feeling, he may have had either more help or more emotional support. Take a step back if you are one of those people that are having some concerns with your health. Speak up because there are things that can be done. Even researching an organization like ARPF. At the very least, don’t just ignore it, go look for some support because it’s out there and it makes a huge difference.”

Todd’s message is crucial. If you are experiencing memory loss, brain fog, or forgetfulness, now is the time to be proactive. Reach out to your family, friends, community, and take advantage of our many resources to get your brain health back to optimal function.

Your ARPF sends a huge Thank You to Todd, and all the volunteers, sponsors, donors, golfers, friends, and family who made the Annual Silver Fox Classic Golf Outing possible. We are so grateful for your generosity. Through your efforts, we will continue to speak up, reach out, and support those suffering from memory loss and Alzheimer’s. 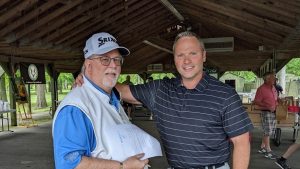 Big thanks to Todd (right) and Steve H. (left), director of Golf for Hickory Valley Golf Club, for organizing this event. 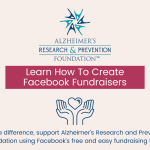 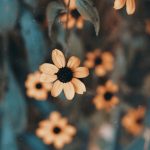 Thank You to Our Donors: JuneGeneral, Newsletter, Support Alzheimer's Research and Prevention