By Alzheimer's Research and Prevention Foundation
Posted July 17, 2021
In Brain Health, Brain Longevity Therapy Training, General, Kirtan Kriya, KK Meditation, Newsletter
Brain Longevity Specialist Spotlight2021-07-172021-07-21https://alzheimersprevention.org/wp-content/uploads/2019/02/arpf_2c_horiz.jpgAlzheimer's Research & Prevention Foundationhttps://alzheimersprevention.org/wp-content/uploads/2020/11/screen-shot-2020-11-25-at-07.48.15.png200px200px
0
0
By Doug Hayward, 2020 BLTT Graduate
In May of 2008, I was invited to Bethesda, Maryland by the National Institute of Health along with about 100 other 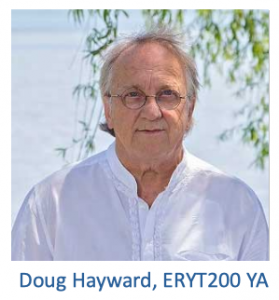 Yoga Instructors as a result of my association with Penn State University. There were various presentations and displays ranging from office chair yoga to the medical benefits of yoga. As it turned out, the purpose of the conference was to explore the benefits of practicing yoga and to stimulate the funding of yoga research. The practice was becoming more and more popular, not only from the asanas and Yoga Nidra but also as viable alternatives for medical issues that had not been adequately resolved by the Western medical approach.
One of the presenters was a representative of ARPF. Kirtan Kriya (KK) was introduced, I purchased the CD and took along the written information that was available. When I arrived back at Penn State I practiced KK for the first time. I was 58 at the time and witnessed the impact of dementia on my grandfather during his final days. I decided that this may be a great tool to practice and share. I practiced KK as often as I could and began presenting it in the fitness classes that I was teaching at Penn State. Obviously, my audience was primarily below the age of 30 so I had to present KK as a form of meditation that the students could experience for themselves and possibly pass along to their parents and grandparents. I explained that the KK meditation was being used to stave off the impact of dementia and Alzheimers in the older population. However, I went on to explain that KK meditation could also be used to bolster current memory and thus have an impact on grades.
The KK meditation was well received by the students not only at the university but at the classes I was teaching at a studio I created called “Yoga in State College”. Moving forward, I continued a sporadic practice of KK, passing it along to the Sunday morning yoga classes I offer at a Berks County Pennsylvania Park to an older audience. Currently, I practice the Five Tibetans on a daily basis and add the KK meditation once a week.
Doug Hayward
baba~ananda
To learn more about Doug and his classes, click here. 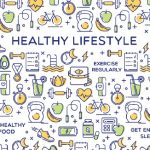 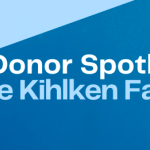