As your ARPF gains momentum around the States, we are thrilled to see our research finding solid ground among European countries. The renowned UCLA study–funded by your ARPF– has once again been featured in a health and wellness magazine. Country Living recently published an article about our research on Kirtan Kriya yoga meditation.

“After 12 weeks, everyone was better at memorising words and names. But MRI scans showed that the yoga group had significantly improved their brain connectivity, suggesting that the changes would be longer lasting. They also experienced an additional benefit – notable improvements in their visual-spatial memory skills, which makes driving and navigating much easier. What’s more, this group reduced their levels of depression and anxiety, and showed increased resilience to stress.

The Kirtan Kriya Kundalini exercise involves chanting mantras, coordinated with a sequence of hand positions called mudras, which involve touching the thumb to the pads of each fingertip in turn. According to Professor Helen Lavretsky, who carried out the UCLA study, the mantra-mudra combination enhances production of a protein in the brain that stimulates connections between neurons. It’s also thought to regenerate activity in the telomeres, the part of our DNA that helps slow down the ageing process. In a previous study, practising just 12 minutes of Kirtan Kriya daily for eight weeks boosted telomere activity by 44%.” 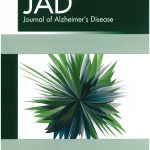 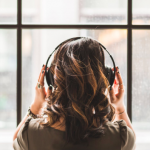 Music and Meditation May Improve MemoryGeneral