In this section, we will discuss both Mild Cognitive Impairment (MCI) and early Alzheimer’s disease. MCI is a specific type of memory loss that progresses into Alzheimer’s disease at a rate of 12-15% per year, if no preventive measures are implemented.

What are the symptoms of Mild Cognitive Impairment?

The two main symptoms that need to be present in order for a person to be diagnosed with MCI are:

In addition, the two symptoms combined need to be significant enough that they affect a person’s social or occupational life.

What are the symptoms of Early Alzheimer’s Disease?

The main early symptoms of Alzheimer’s disease are: 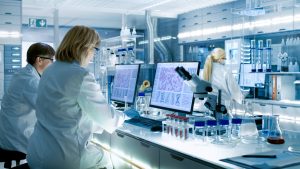 The symptoms of MCI are less severe because MCI affects some areas of memory, but not the specific long-term areas of memory or normal cognitive functions that Alzheimer’s disease affects. People with MCI retain sharp thinking and reasoning skills. They can manage their finances, and can easily recall events from the past, but may have problems remembering recently acquired information or knowledge.

Donate to give the gift of Healthy Brain Function

Next: Learn about Risk Factors