“More than 5.7 million people live with dementia in the United States.” ASHA

How common is dementia? More common than you think. According to the ASHA, more than 5.7 million people live with it in the United States.

As an umbrella term, “dementia” describes several progressive conditions, including Alzheimer’s disease. In fact, Alzheimer’s is the most common form of dementia.

As a neurological disorder, it not only causes problems with thinking but also impacts memory. As the condition progresses, an individual might lose their ability to function independently.

Why Early Diagnosis of Alzheimer’s is Important

Time is of the essence when it comes to treating Alzheimer’s. The earlier you treat it, the better the outcomes.

For one thing, medications are more likely to be effective in the early stages. Not only that, but an early diagnosis would allow the person to plan his or her own medical decisions.

In addition to that, they’ll be able to make their wishes known to family members and friends.

Alzheimer’s can cause a variety of symptoms. Here are some warning signs of Alzheimer’s.

An individual with early Alzheimer’s might be more forgetful than normal. For example, they might not be able to recall dates or events.

As a result, they might start asking repetitive questions. They might also rely on family members or friends to handle daily tasks.

It’s not uncommon for those with Alzheimer’s to misplace things. They might not be able to remember where they put their keys, wallet, or phone.

Unable to retrace their steps, they might accuse others of stealing. This is especially common as the condition progresses.

A person with Alzheimer’s disease may have difficulties holding a conversation. This might cause them to withdraw from social activities.

For example, they might not talk to others, even when being spoken to. Many will also withdraw from their hobbies.

4. Changes in Personality and Mood

An individual living with Alzheimer’s may experience mood swings. In some cases, there might also be changes in personality.

For instance, they might become depressed, irritable, anxious, or fearful. Depending on the situation, they might also act inappropriately.

Those with Alzheimer’s may have difficulty speaking. For example, they might repeat what someone else has said previously. Some might also struggle with vocabulary.

As far as writing goes, it’s not uncommon for their spelling, grammar, and punctuation to get worse. Often, their handwriting will also become difficult to read.

Recognizing the Early Signs of Alzheimer’s

When dealing with any disease, be sure to consult with a professional to seek guidance. Knowledge is power – continue to remain proactive and educated about Alzheimer’s disease.

To support our critically important work to help research the prevention of Alzheimer’s disease, please visit our donation page.

Alzheimer’s Research & Prevention Foundation is a leading global Alzheimer’s disease (AD) prevention organization, funding some of the most significant integrative medicine research on Alzheimer’s prevention, while providing educational outreach to laypeople, healthcare providers and caregivers on the 4 Pillars of Alzheimer’s Prevention®.  Our research has been published in the prestigious Journal of Alzheimer’s Disease, as well as other significant medical journals, such as The International Journal of Geriatric Psychiatry, Psychiatry Research, Nuclear Medicine Communications and Consciousness and Cognition. 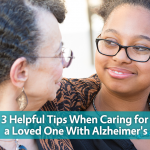 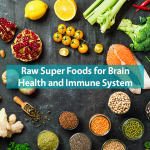